** In My Mailbox is a weekly meme hosted by Kristi at The Story Siren. It's a great way to showcase the books you've gotten over the week, whether they are bought, borrowed or free. **
These past two weeks I've gotten 2 books for review and I bought 1 book. 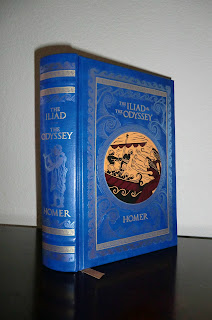 I got from Barnes and Noble The Iliad and The Odyssey collection book.
They also had a lot of others such as Grimm's fairytale, Alice in Wonderland and The Chronicles of Narnia. My English class just finished up our Greek Mythology unit and I've always wanted to read the Odyssey.
Review Books: 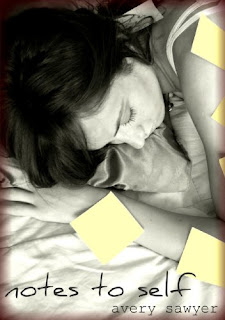 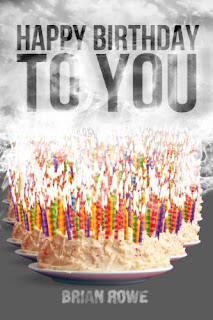 Notes to Self by Avery Sawyer
Contemporary!!!
Happy Birthday to You by Brian Rowe
Final book in birthday trilogy!
Posted by Ashlinn at 11:03 AM No comments:

Review: The Start-Up and Anti-Social Network 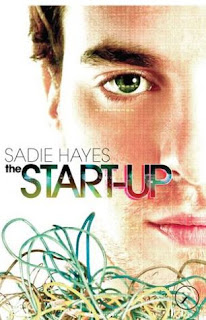 Released on:October 17th,2011
Pages:
Buy here
When a college freshman's breakthrough software program catapults her into the limelight, she and her twin brother must navigate a treacherous world of money, power, and envy: Silicon Valley.

In a world of tweets, apps, and mobile games, The Start-Up is a fast-paced and exciting serial story with a new episode released each month. 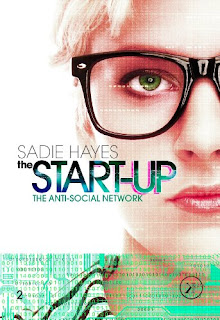 The Dory twins grew up with nothing. Now on the verge of having everything, their fledgling company—built on Amelia’s intellect and Adam’s ambition—threatens to be torn apart by new, powerful enemies and old, malicious ones.

The Anti-Social Network is the second episode in The Start-Up series, a fast-paced and exciting serial story.

Since these both are short novellas I thought I might just combine the reviews together. Basically this is about two siblings in college who are trying to make it big in the world while still living the normal college life. I liked Adam and Amelia they were independent and somewhat driven. They came from very hard backgrounds; foster homes and never having much money to do and buy things. When they get the scholarship to attend one of the most prestigious schools in the US you can't help but be happy that the bad days are over. Its hard for these young CEO's to make their mark but we all know they can. These books were good I rate them 3.5 out of 5 stars!


Happy Reading!
Ashlinn
Posted by Ashlinn at 8:49 PM No comments:

Email ThisBlogThis!Share to TwitterShare to FacebookShare to Pinterest
Labels: Baffling Bonkers and Brilliant Books, Sadie Hayes, The Anti-Social Network, The Start Up 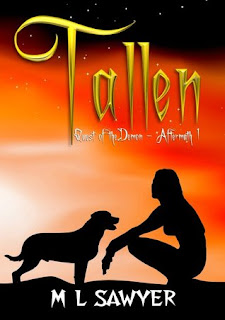 Tallen by M.L. Saywer
(Quest of the Demon Aftermath)
Published by:Equilibrium Books
Released on:December 1st,2011
Pages:251
Buy here
Growing up not far from the road to Chinta on the edge of the Jungle Dragon, Tallen is excited to have her two brothers home. Recent times have been hard, Tallen herself barely surviving an attack by a derelict stranger in their very own barn.

The war that never was has relieved them of their duty at Chinta, so much so, that her father, the Sergeant of the Guard, is able to return for a visit, bringing news of a possible suitor for Tallen, given that she is almost of that age.

Tallen is not sure what she wants, and the man her father brings home is not what anyone expected. But at least she knows that her family has her best interests at heart when the pompous, self-interested merchant's son is sent back to Chinta.

The aftermath of the Offworlder's quest remains uncertain, the battle apparently lost. But for a reluctant Tallen, the journey is only just beginning, upon a path from which there may be no return.
Thank you Ms.Sawyer for a copy!
I reviewed Quest of the Demon the first book a while back here is the link. I liked Quest of the Demon and I think I liked Tallen even more. We were introduced to Tallen in Quest of the Demon when Darby and her were attacked by a man in Tallen's barn. I like Tallen a lot. In QOD I thought she was very young and naive but she really is a strong young lady. I just want to say that Ms.Sawyers writing has improved since her first novel! If your looking for a fun and adventurous read this is your calling....I rate this 4 out of 5 stars!Check it out.
Posted by Ashlinn at 9:08 PM 1 comment: