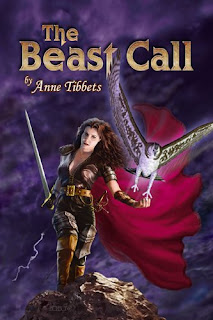 
Seventeen year old Dray is no ordinary human. But possessing a magical capability to talk to animals in a land where magic is feared, is dangerous. When Dray's adventure hungry brother leaves the family farm to join a rebel militia, Dray follows him, but as Dray discovers her natural warrior capabilities, and word of her magical talents are discovered by the rebel General, Dray becomes an intricate part of the revolution, and the evil King Nuro would like nothing more than to see her destroyed.


*I was contacted by the author to review but the review is all my own opinion.*
My Thoughts-

My pre-judgment about this book was wrong! I was expecting a book mainly focusing on this "warrior women." But man was I wrong!

Dray was probably one of the best heroine that I have ever read. She wasn't cocky and didn't tell everyone how good she is at fighting, instead she was quite humble. I know she was humble so she wouldn't hurt her brother(Lurin) feelings, and I thought that was a great trait of Dray.

Madis,the world Dray lives in is different from what I thought it would be. The book starts out with Dray on her parents farm, and wow her parents are crazy! But along with this rural countryside there's other "cities" as I liked to think of them. Then there's the enchanted forest filled with many different creatures......


Ms.Tibbets does a wonderful job creating very visual scenes with her in depth descriptions. I also want to mention that this book was very short, but many characters were described so well. I can't wait to see what's in store for Dray and her new friends! I rate this book 5 stars check it out!