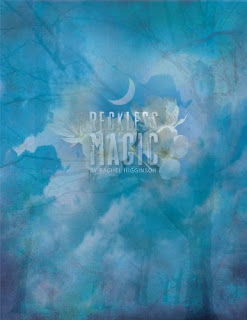 Reckless Magic by Rachel Higginson(#1 Star-Crossed Series)
Published by:
Released:March 14,2011
Pages:
Buy here
16 year old Eden Matthews has been in and out of private schools for the last two years. She can't seem to stop herself from closing them down. Kingsley is her last chance to finish high school and the last private school willing to accept her. She is focused on just getting through graduation until she realizes Kingsley is not like the other private schools she's been to. The students may be different, but so is she. And after meeting Kiran Kendrick, the boy who won't leave her alone and seems to be the source of all of her problems, she is suddenly in a world that seems more make-believe than reality. To top it off, she is being hunted by men who want to kill Kiran and her best friend Lilly is taken away to a foreign prison. Eden finds herself right in the middle of an ancient war, threatening everything she loves. She alone has to find a way to save her best friend and the boy who has captivated her heart. Reckless is an intricate story about mystery, adventure, magic and forbidden love. Eden Matthews is an unlikely heroine determined to save the world and be with her one, true love before its too late.

*Thank you Ms.Higginson for a copy* Her blog

My Thoughts:
The book follows Eden, a 16 year old who lives with her Aunt. She always thought she was a normal girl living a normal life. But a series of events reveals that she is a witch with of course magical powers. Now she doesn't just have to worry about passing the next exam or getting her driver's license. She has to worry about keeping her magic under control and staying away from the insanely good looking so called "celebrity" named Kiran. Besides that there are secrets being kept from her.....secrets that could change the magical world.


Eden, was a really enjoyable character. She's gorgeous, sassy, and smart. Besides that she can really hold her own and knows how to be independent. She was really confused and lost when she was told that she was witch as I assume anyone else would have been. But she didn't let her new abilities affect her ego which I thought was really great.


Then we meet, Kiran Kendrick a bad boy, who is rude and arrogant. When he was first introduced I disliked him instantly, but as the story progressed as well as Eden and Kirans relationship; I felt myself liking him more and more. He's one of those characters you love him one moment and the next you feel a deep hatred for.

I wish I could tell you guys more about the other characters but then that would probably ruin the book. Bottom line I rate this 5 out of 5 stars! It was awesome and you all should check it out!The second book is called Hopeless Magic and will be available to purchase August 9th on Amazon Kindle and smashwords!

So glad you liked it as much as me. I was ready to give it 6/5 before I decided to stay professional, lol.